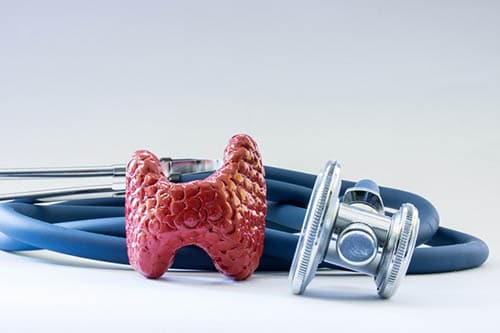 We’ve rounded up some of the top diabetes news headlines for 2019 so far, and the year’s not over. It’s been quite a year for diabetes in the news. Take a look at some of these shocking headlines. Be sure to comment if we missed any news!

The American Diabetes Association came out with their first new guidelines for diet recommendations in five years. Where before, the ADA didn’t recommend very low carbohydrate diets, they have since changed their tune.

This is primarily related to the vast body of research that provides evidence that low carbohydrate diets can improve blood sugar in those with diabetes. This, in turn, may reduce the need for diabetes medications and improve heart health. (1)

Recently, due to the rising prices of insulin, reports have flooded the news cycle of black market insulin. One NBC news story relayed the story of a 10-year-old girl with type 1 diabetes. For children like Gabriella, access to insulin is access to “life juice.” Without it, she can’t survive.

That’s when her mother took desperate measures required too often in today's society with insulin prices still soaring despite means in Congress to negotiate prices with pharma companies and benefit managers, the middlemen.

Though online trading of insulin is not considered illegal, the FDA warns of safety concern including storage and expiration. Until insurers, pharmacy benefits managers and drugmakers can come to a solution; people will seek their life-saving drug where ever they may find it. Some even travel to other countries such as Canada, where prices are not exploding as in the US. (2)

3. It’s life or death for immigrants with diabetes that cross the Southern US border

Deaths are steadily reported at the Southern border. Immigrants arrive with chronic conditions such as diabetes, heart disease, or stroke, with no system for medical care in place. Congressional and news service visitors to the border “camps,” increasingly report degrading, inhuman conditions, where children sleep on concrete floors.
Standing room only with no change of clothes, shower, or toothbrush provided, children are reportedly fed bologna sandwiches. The lack of general hygiene care and the increasing illnesses spreading through the camps has pointed to an inept medical system, where pediatricians report conditions that leave detainees for dead. (3,4)

Teenagers with type 1 diabetes are lobbying for more funding for the disease through the JDRF (Juvenile Diabetes Research Foundation). The fund provides for a Children’s Congress that gives voice to those young people dealing with the disease on an everyday basis. They hope to bring awareness and help fund money for research for a cure. (5)

5. Semma clears the path to human trials for a potential cure for Type 1 Diabetes

A Harvard University startup, Semma reported in May of this year that they’ve made advances in stem cell therapy. Notably, they say they can turn them into insulin-producing cells,” which could lead the way to a cure for type 1 diabetes. Keep an eye on this one and how it all plays out. (6)

This past June, scientists at Ohio State University unveiled their findings that statins, a commonly used medication for blood cholesterol, carries with it a 50% greater chance of developing type 2 diabetes. This was not the only report, with similar research reported in the Netherlands. Still, doctors warn to discuss medication changes and not to stop statins on their own. (7)

In June, a new drug was approved by the FDA for type 2 diabetes. It’s the first of it’s kind to combine three medications for type 2. Metformin, Farxiga, and Onglyza are said to help lower HgA1C, as well as supports moderate weight loss. (8)

The FDA also approved injection for diabetic retinopathy called Eylea. The medication can improve symptoms and reduce the worsening of the condition. (9)

With the price of insulin in the US still out of this world, Lilly announced in March that it would offer a more inexpensive version of insulin. There will now be a new half the price version of Humalog, also called lispro. (10)

10. Teplizumab is the first drug to delay type 1 diabetes in high-risk patients

June was indeed a big month for diabetes headlines. For the first time, immune therapy is showing progress in delaying type 1 diabetes in those family members who are at higher risk.

Findings presented at the ADA’s 79th Scientific Sessions in San Francisco showed that family members, who are up to 15 times more apt to develop type 1 diabetes than the general population. Teplizumab interferes with autoimmunity and continues insulin secretion in those patients developing type 1 at high risk. (11)