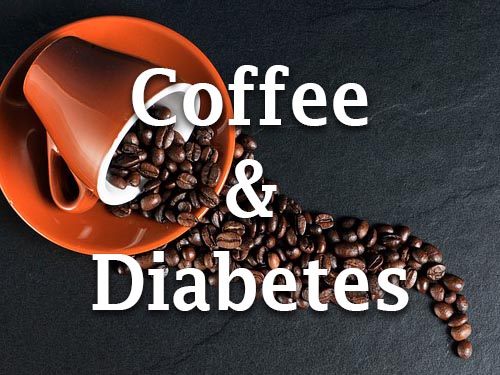 The History of Coffee

Coffee—made from the (usually) roasted beans of the coffee plant (Coffea, arabica, Coffea canephora and other species)—is probably originally from Ethiopia, though today, coffee is grown in many countries, generally in equatorial regions, between the Tropic of Capricorn and the Tropic of Cancer. It is very likely that the Ethiopians have been enjoying coffee for hundreds if not thousands of years. Today, coffee is one of the most commonly consumed beverages in the world.

The known history of coffee starts in the 15th century in Arabia and was used by the Sufis to stay awake for religious rituals. The use of coffee as a stimulant spread throughout the Middle East and Northern Africa and was known in India by the 17th century.  By that time, coffee was also gaining popularity in Europe and was given the title of a “Christian Drink” by Pope Clement VII in 1600.

Coffee houses became popular later in the 17th century with some of the same coffee houses surviving and popular to this day! By the 18th century, coffee plantations were being established in the Caribbean and in South America, particularly in Brazil, where today, coffee is a major export.

What is in Coffee?

Everyone thinks of caffeine as one of the major coffee constituents, and it definitely is. Chemically, caffeine is a xanthine and related to theophylline (found in teas) and theobromine (found in chocolate). However, coffee also contains a number of other phytochemicals (the various chemicals found in plants) including chlorogenic acid, oxalic acid, polyphenols—many of which act as antioxidants—and diterpenes such as dafestol and kahweol.

Caffeine appears to act as an adenosine blocker—adenosine is a neurotransmitter, carrying signals between cells of the brain and throughout the body.  Since adenosine has primarily inhibitory effects—meaning that adenosine mostly carries a signal that lowers the activity of the brain or nerve cells—caffeine acts mostly as a stimulant.  The amount of caffeine varies based on how the coffee is made—espressos range from about 58-76 mg per shot while 8 ounces of brewed coffee can vary from 72-130 mg. [1]

In addition, when the same coffee made in the same coffee shop was measured on 6 consecutive days, the amount of caffeine (in 16 ounces) ranged from 299.5mg to 564.4 mg!1 Espresso generally has the highest levels of caffeine.  In general, the darker the roast, the more caffeine in the final coffee. Also in general, using a French press or a similar method will extract more caffeine from darker roasts, while percolator or drip methods will extract more from lighter roasts.

Coffee also contains no sugars or carbohydrates and has insignificant amounts of vitamins except for riboflavin and niacin.  Coffee does contain minerals such as calcium, magnesium, potassium, phosphorus and some sodium. In brewed coffee, the amount of magnesium may be significant.  Coffee beans contain fats but a good deal of these are commonly lost in the roasting and brewing process.

The Different Types of Coffee

All coffee is brewed from (usually) roasted coffee beans.  You can get drip coffee, use a French press or use percolated coffee.  For the most part, you can assume the amount of caffeine per 8ounce cup is roughly 100 mg.  However, there are many different ways of preparing coffee beyond the method of brewing.

Latte macchiato: A café latte with a small amount of espresso added

Cappuccino: The cappuccino is made from espresso, hot milk and foamed milk

Americano: An Americano is made with espresso, but diluted with hot water

Café Cubano: This is an espresso with added demerara sugar

Drinking decaffeinated coffee also lowered the risk of T2D, but not as much.[3] One set of results that is not yet explained is that in another study, decaffeinated coffee lowered the risk of T2D in postmenopausal women while regular caffeinated coffee did not lower the risk.  At this point however, since short-term studies of coffee and diabetes indicates that coffee can lower insulin sensitivity and will increase blood sugar, coffee is not recommended to prevent diabetes.  The most recent follow up of a large study again indicated that coffee consumption can protect against T2D.

Most of these studies looked at whether coffee consumption could prevent diabetes.  What about if someone already has diabetes?  Will drinking coffee benefit them or harm them? This review, published in 2015 in the journal Nutrition[4], the authors emphasized the difference between the studies looking at short-term coffee intake versus those that looked at long-term effects and suggested that long-term coffee intake essential reverses the short-term negative effect because tolerance develops to the short term effects.  These authors also suggested that anti-inflammatory effects of long-term coffee ingestion may be

These authors also suggested that anti-inflammatory effects of long-term coffee ingestion may be important benefit to those diagnosed with diabetes. Overall, while they did not recommend coffee for those with diabetes (they took the common approach of suggesting that more studies are needed), these authors suggested that the overall benefit of moderate coffee intake (~4-6 cups a day) may outweigh any potential downside.

The best way to approach coffee intake is to keep track of YOUR blood sugar levels and see what happens after drinking coffee.  If you see no significant changes, coffee may work well for you, but if you see significant increases in your blood sugar, you might first try decaffeinated coffee, though other than for post-menopausal women, there doesn’t seem to be any difference, or try it black, with low-fat milk, with coconut or soy milk.

What it may all “boil down to” is that the response to coffee may be an individual one, and you may have to experiment a bit to find the best answer for you.  For many, the best choice (or compromise) is often 2-4 cups of coffee a day. Talk to your health care team and see what might work best for you.