You are here: Home / Editorial / How Will the FDA Approval of the Artificial Pancreas Change the Lives of Those Living with Type 1 Diabetes? 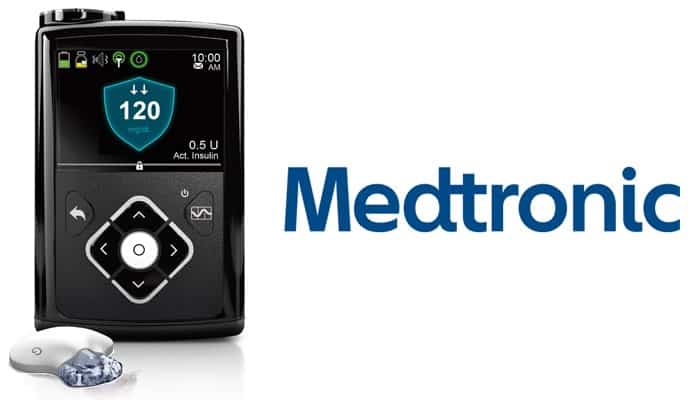 In case you haven’t heard the news lately, on September 28th, the Food and Drug Administration in the United States approved the first automated insulin delivery system. Medtronic’s MiniMed 670G is the first approved device by the FDA that can automatically provide the correct dosing of both bolus and basal inulin based on the blood glucose readings from the continuous glucose monitoring system. This closed loop device is known to many as the “Artificial Pancreas” and has been approved for people with type 1 diabetes ages 14 years old and older.

The pancreas offers a low but continuous insulin rate over the period of 24 hours. This rate is known as the basal rate. In those with type 1 diabetes, the pancreas is no longer able to produce insulin, therefore, treatment options such as multiple daily shots and an insulin pump must be used to provide both the bolus (meal time) and basal insulin rate.

The MiniMed 670G closed loop system will offer those with type 1 diabetes much greater freedom in their day to day lives. It can provide them with the ability to not have to consistently monitor their blood sugar levels multiple times a day. The system was created to adjust the levels of insulin provided with very little input from the patient. It can administer and even withhold insulin from the blood sugar readings received. The system comes with a continuous glucose sensor that attaches to the body to check the blood sugar levels under the skin, an insulin pump is also attached to the body by and infusion patch which uses a tiny catheter to deliver the insulin doses.

I recommend reading the following articles:

The continuous glucose monitors or CGM will communicate with the insulin pump to help deliver insulin freely. By measuring blood sugar levels every five minutes automated insulin doses can be administered. Patients will still need to make sure they instruct the system to give extra or meal time doses of insulin as they need.

According to the CDC 5 percent of the population in the United States has type 1 diabetes. Previously known to many as juvenile diabetes, type 1 is diagnosed in both young children and adults. Because those with type 1 diabetes no longer have the ability to monitor their blood sugar levels they must receive insulin through injection or pump therapy. Additionally, the treatment plan of many people with type 1 diabetes also includes following a healthy eating and exercise plan.

The FDA’s Involvement with Medtronic

From early on in the planning stages the FDA worked with Medtronic to help make this technology a reality. The FDA followed the clinical trials of the closed loop system which included 123 participants all with Type 1 diabetes. The clinical trials lasted three months and involved an initial two-week introductory period where the system was not used. After which there was a three-month study where the participants used the system as much as possible. This trial period proved that it was safe for those 14 years old and older to use the system. There were no periods of DKA, or other adverse side effects such as low blood sugar periods.

The FDA approval of this device is huge news for those that live with Type 1 diabetes. While many other pump companies such as Tandem Diabetes Care and Johnson & Johnson are in the works of teaming up with the continuous glucose company of DexCom to develop a closed loop system like Medtronic’s, they are still quite a few years behind. The Medtronic system is a huge step in the artificial pancreas development. However, the automatic delivery all around including mealtime or exercise is still about 5 years or more from being developed.

The company has not yet announced the price of the system, but many are estimating it between $5,000 to $8,000 with an additional yearly cost of disposable sensors in upwards of a few thousand additional dollars.

So How Will This Change Lives?

While this system isn’t a full automated system, it is still a step in the right direction. By removing the need to test one’s blood sugar multiple times a day to adjust basal insulin levels as needed, the Medtronic system allows patients to have more freedom throughout their day by eliminating many daily tests. Instead of the constant worry of missing a high blood sugar and not being able to correct for fear of long-term complications, the system can now help to keep an eye on this for you. This is HUGE!

If you have any suggestions for future articles let us know and thanks as always for reading.

Bridget is one of the leading diabetes advocates. Her introduction to diabetes was when her son, Clifford, was diagnosed in DKA at the age of 6. She has extensive experience in diabetes care and research.