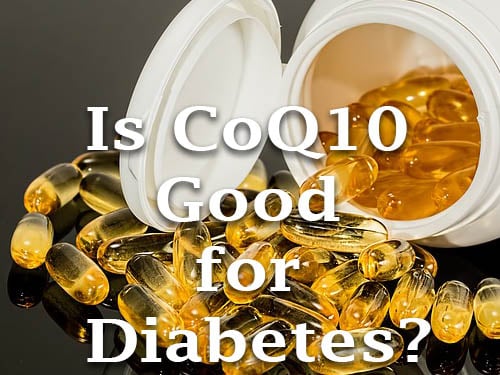 What Does CoQ10 do in the Body?

CoQ10 is critical for the production of energy.  CoQ10 (also known as CoEnzymeQ10) is also critical in a very large number of cellular reactions that can soak up, absorb and detoxify damaging molecules called free radicals including Reactive Oxygen Species (ROS) and Reactive Nitrogen Species (RNS). This means that CoQ10 functions both as an energy producer and as an antioxidant.

CoQ10 is found in the mitochondria—those organelles (sub-structures within the cell that have specific functions) your high school biology teacher probably called the “powerhouses of the cell”.  The mitochondria are structures within every cell (except mature red blood cells) that are the energy sources for every biochemical reaction that the cell has to perform every hour and every day.

CoQ10 is critical for a number of biological and biochemical processes.  These include: [1]

I recommend reading the following articles:

Common Medications that Can Lower CoQ10

A relatively new area of study is in Drug Induced Nutrient Deficiencies or DINDs.  Scientists and physicians are beginning to realize and understand that commonly prescribed medications can and do deplete essential nutrients.

Many of these nutrients may be depleted to sub-clinical levels—these are levels that don’t cause immediate diseases or conditions and may not necessarily set off any alarm bells in lab results, but may, over a long time, become important in the development of disease.  These nutrient deficiencies are also known as latent deficiencies.

To give one example, magnesium is an essential mineral. Magnesium can be depleted by certain antibiotics, some types of diuretics (water pills), corticosteroids and antacids.  You may never have had your magnesium levels tested because most doctors don’t do a magnesium test routinely.  Accurate tests are very expensive and current medical opinion is that these tests are rarely needed.

But, studies from the World Health Organization indicate that up to 75% of individuals may be magnesium deficient.[3]  To some, this would signal a public health emergency because magnesium is absolutely required for over 300 biochemical reactions in the body! However, nature has built into the body a variety of compensatory mechanisms that allow you to at least appear healthy …that is, until your body simply can’t compensate anymore.

It’s a bit like the progression of diabetes—the insulin sensitivity and prediabetic conditions have probably been going on for years until you found out that you had diabetes—your body spent a good long time compensating, but eventually, the biochemical “circumstances” became too much for your body to handle.

CoQ10 is decreased by a number of different and very common medications. [4]

The list of medications that can decrease blood levels of CoQ10 include, 4, [5]

In healthy individuals, supplementation with CoQ10 has been shown to improve the ratio of insulin over preinsulin; preinsulin is the precursor of insulin—in the beta cells of the pancreas, preinsulin is broken down into insulin. [6]
In some studies—the results are not universally consistent—but, CoQ10 supplementation has been associated with a decrease in A1c.  Most people do not know that A1c is actually also a marker for oxidative stress, so while the studies have not been all that consistent, this is a promising preliminary result. In animal studies, CoQ10 supplementation has also been associated with a reduction of peripheral neuropathy, diabetic kidney disease, blood vessel damage and damage to the retina.  Animal studies using experimentally induced diabetes, admittedly, are not always a perfect reflection of what is happening in a human, but at this point, it must be said that these studies are promising, at the very least.

For additional information check out these links:

We have mentioned CoQ10 supplementation, but supplementation isn’t the only way to get CoQ10.  There are a number of food sources of CoQ10 including:

The Natural Medicines Comprehensive Database is a resource provided to pharmacists, physicians and scientists providing the most current information for natural products and supplements.[7]  According to this database, CoQ10 is considered “Likely safe when used orally and appropriately.” “Appropriately” in this context means following the supplement manufacturer’s instructions.  Dosage of CoQ10 can vary. Talk to your healthcare professional and pharmacist.  In general, the doses for CoQ10 can vary from 22mg/day to up to 400 mg/day.

The Natural Medicines Comprehensive Database states that “There have been few adverse effects reported during clinical studies.”  The reported adverse effects were minor and included mild nausea, digestive upset or a mild rash with only 1.5% of individuals reporting any adverse effects at all.

CoQ10 can interact with medications for high blood pressure and with Coumadin/warfarin.  It can also potentially lower the effectiveness of some anti-cancer drugs, so make certain that you talk to your physician and pharmacist and let them know all the medications and supplements you are taking.

How to Know you are Getting Quality CoQ10 Supplements

It is not easy choosing supplements these days—there are loads of different companies with all sorts of claims. How can you tell which is a good, high quality supplement? Here are some tips to make your search easier:

CoQ10 is hopefully explained to you now.